Bennett Ward and Paul Sharp pulled off their first tournament victory on Tuesday (9th August) at Stenhousemuir, winning the VIBS Liz Taggart Cup, recording two emphatic victories, 9-4 and 10-1 in the deciding game. Bennett and Paul are standing on the right.

The Millennium Cup was played on Saturday the 6th August in initially cool conditions but finished in glorious sunshine. Five well matched rinks played a round robin with the team skipped by Colin Carmichael coming out on top winning 3 and losing only 1.

Despite rain wiping out play on the green, 8 or so people living with dementia and their carers attended the pilot session run in association with Alzheimer’s Scotland on Wednesday the 3rd August. They had a go indoors with our “New Age” foam bowls, and had a good natter in the clubhouse over tea and biscuits. Many thanks to Councillor Cameron Ramsay for attending. There will now be a short period of consultation and perhaps a further pilot (on the green this time!) with a view to planning how this initiative can be taken forward.

The Bowls European Championships was held at the National Centre for Bowling in Ayr on the 9th to the 14th July, and the Czech Republic team used our green for a practice session before the event and even gave our members a game!

Visit from the local Brownie Unit

Before and after pictures of our trusty old container which holds our mowers and gardening equipment. What a difference!

We now have a YouTube channel! Visit Prestwick Howie Bowling Club on YouTube to view videos about the club. 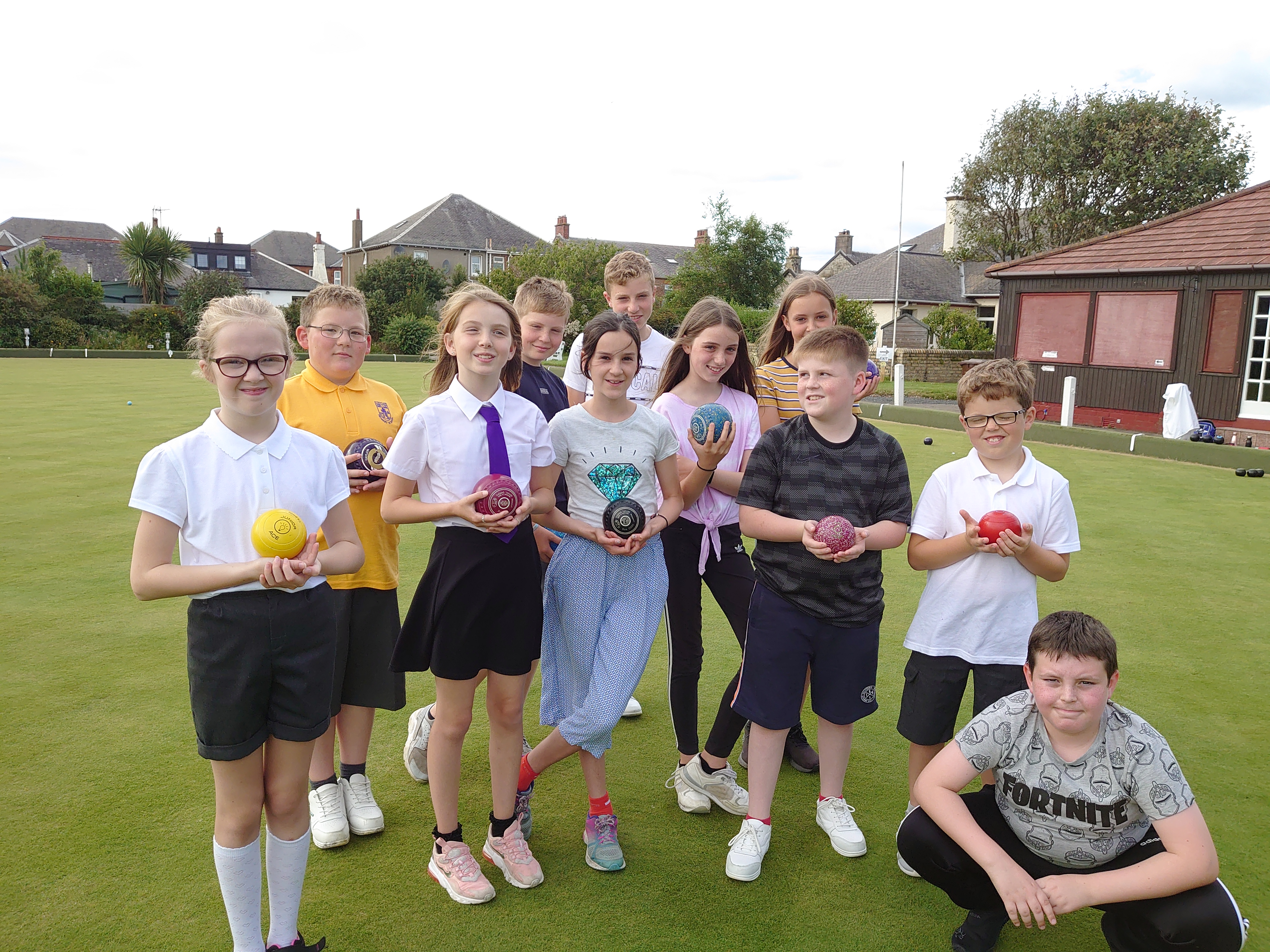 Howie Bowling Club Active Schools Club of the Year 2017 and runners up 2018.

Email us at prestwickhowiebowlingclub@gmail.com for more details on any aspect of the club